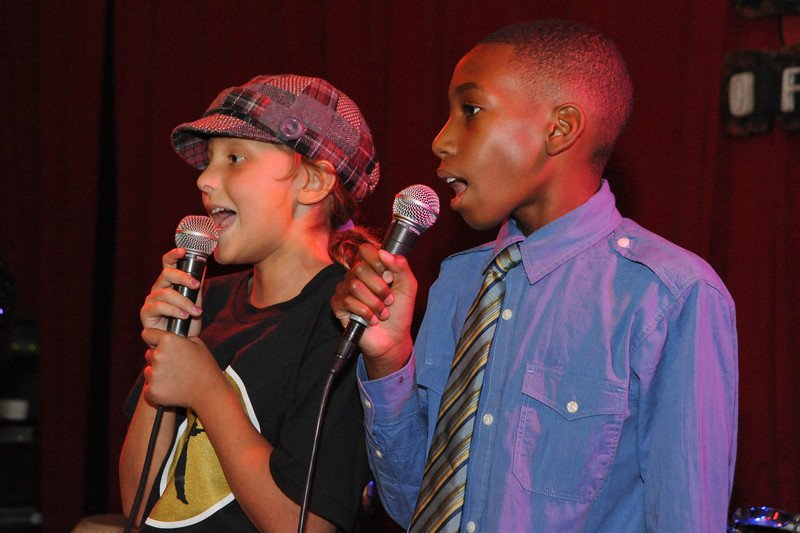 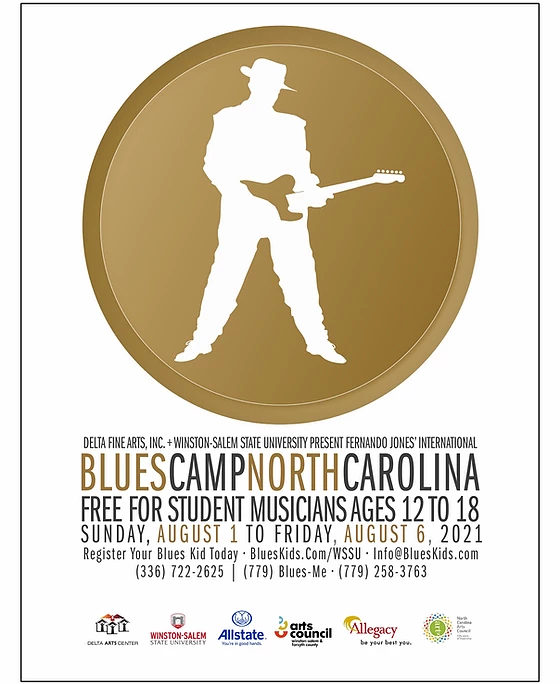 Delta Arts Center and Winston-Salem State University in Winston-Salem in collaboration with Blues Kids Foundation will be presenting Fernando Jones’ Blues Camp International this summer. Local student musicians ages 12 to 18 can audition for placement between now and July 10, 2021. Placement is for beginner, intermediate and advanced level vocalists and instrumentalists, based on individual skill sets and the camp’s ensemble instrumentation need(s) and position availability.

“We began planning the camp six months ago,” says Charmon Baker, president of the board of directors at the Delta Arts Center. “We really wanted to bring something that the youth in the community could use and enjoy.” The camp, with its emphasis on the musical traditions of the blues, fits in perfectly with the Center’s mission of highlighting African-American artists, says Baker.

Baker was inspired in part by meeting Jones at a festival in Chicago.

“He had a live band set-up at the festival, and kids could go in and touch the instruments,” says Baker. “It was a real hands-on experience for them.”

The first Blues Camp was held in Chicago in 2010, says Jones. It’s an outgrowth of the organization that he founded in 1990, Blues Kids of America, with the purpose of preserving and promoting the blues among younger generations. Since then the camp has been held in Los Angeles, Miami, and as far afield as London and Japan.

“It was a natural progression to go from teaching college students to teaching young kids,” says Jones, who has conducted  multiple courses on blues performance and history at  Columbia College in Chicago as the institution’s Blues Ensemble director. 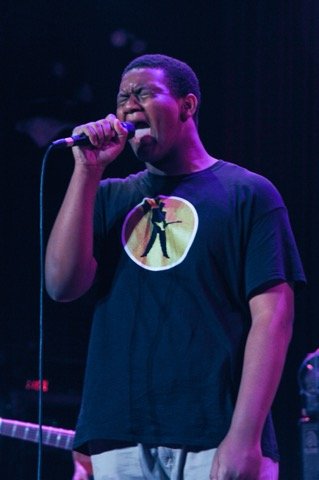 “Blues was as natural to me as picking up a bat and a ball,” says Jones. “It’s in the DNA.”

Jones hopes to see that love of the music kindled in the kids who attend the camp.

“I’m not looking for the next ‘superstar,’” says Jones. “When they look back I want them to be able to say that they had a chance to be kids, and give them an opportunity to appreciate and understand a fundamental part of American music. 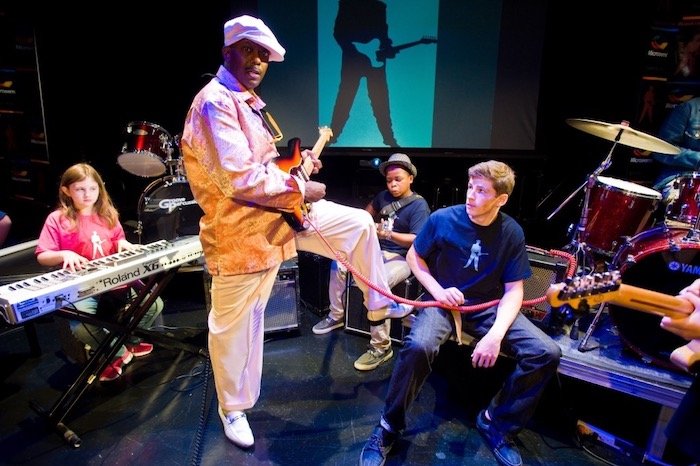 For more information and to audition for the Blues Camp, go to BluesKids.com/EarlyBird