Piedmont Blues Preservation Society co-founder Penn Martin passed away on July 2. His love of the blues and live music led him to partner with Bill Mitchell to launch PBPS in 1985. He is survived by this wife, Freddie, his children and grandchildren.
Penn’s relationship with Bill started when he was listening to the Blues Hangover, then broadcast from WQFS at Guilford College before moving to NC A&T’s WNAA. The mid 1980’s saw a resurgence of national interest in blues music, reflected by the launching of blues societies throughout the United States. Bill and Penn embarked on the journey to form the Piedmont Blues Preservation Society, an organization that has kept the blues alive in the Triad for over 35 years.
Penn and Bill launched the blues society in late August 1985 with a PBPS-sponsored show at College Hill Sundries on the corner of Mendenhall and Spring Garden in Greensboro. Learning that Mississippi blues woman Jessie Mae Hemphill was touring, Penn put up the money to pay Jessie Mae’s fee and the blues society was begun. An article in the News and Record with a picture of Penn, Bill and Logie Meachum gained the attention of local blues lovers like myself. Soon the blues society adopted the University Inn (now a Greensboro College dorm) on the corner of Mendenhall and Market as its home for monthly blues shows. Early shows featured Piedmont blues legends John Jackson, Cephas and Wiggins, John Dee Holman, and Greensboro bluesman Guitar Slim (James Stephens).
Penn became the ambassador for the blues as he attended every blues and live music event in bars and clubs in Greensboro. He became a walking advertisement for the blues society and through his friendly disposition built a network of blues enthusiasts that PBPS needed to carry out its mission.
In the spring of 1986, through Penn and Bill’s initiative, the core of PBPS volunteers met with the North Carolina Arts Council. Having no office, we met at a pavilion in Country Park and embraced the arts council’s project of promoting the North Carolina Piedmont Blues. To that end, the first Carolina Blues Festival became a reality. With the help of a grant from the arts council, it was held at the Carolina Motor Lodge downstairs ballroom. The line up included: John Dee Holman and Friz Holloway, Guitar Slim, Etta Baker, Algae Mae Hinton, Big Boy Henry, the Badgett Sisters and was headlined by Nappy Brown, with the man who is now a fixture at the Carolina Blues Festival, Bob Margolin. It was a hell of a show! The festival was a success with 350 in attendance. (The Greensboro Motor Lodge, located across from the News and Record on Market Street, is now a parking lot and is the site of the main stage of the North Carolina Folk Festival.)
For the next six years, PBPS-sponsored monthly shows were held at the University Inn. Penn and Freddie lived just a few blocks away, and Penn negotiated with the hotel management to hold the shows there. The small room in the basement held about 100 chairs, but when it was packed you couldn’t see the band. So Penn, carpenter that he was, built a stage that we carted back and forth in his red Toyota pickup from my garage to the venue. I mention this because every detail of 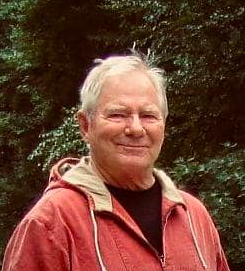 the shows from setting up the stage to running sound to getting rooms for the artists to running the door was executed through volunteer labor, and Penn (and everyone else) did it for the love of the blues.
Over the years we had many national acts perform: R.L. Burnside, Eddie Shaw, Lonnie Brooks, Gloria Hardiman, Jerry Portnoy, Kenny Neal, Matt Murphy and Bobby Radcliff to name a few. It was a heyday for the blues and Greensboro blue enthusiasts loved it!
In 1990, Bill accepted a new position with an airline company in Phoenix. Penn and Freddie stepped up to fill his shoes. In 1988 the festival had moved to the Depot in downtown Greensboro. Today, after renovation, it is a modern building, and the hub of city busses and the railway. But back then it was pretty run down. We staged the festival on the outside terrace upstairs from the main building. Somehow Penn rented a flatbed truck for the main stage, Audio and Light provided a professional sound system and with a well-rounded lineup that included the winner of the talent contest, a Piedmont blues artist and electric blues people, the Depot venue was a hit. Penn became the festival chair in 1990 along with other obligations for the society.

In 1987, PBPS created the Blues Talent Contest, which today is affiliated with the yearly International Blues Challenge in Memphis. Because Penn was so well acquainted with all the bands in the region, he got the word out that the contest was happening in August at Somewhere Else Tavern on Freeman Mill Road. Back then there was no internet, no social media, hell, we didn’t even have computers. So we hand made flyers, and sent out mailings and printed the Bluesletter. But by word of mouth, the first year we had 30 bands and solo acts. It took three qualifying rounds of ten bands each and one final round to get a winner. It took all day Saturday and Sunday, but was great fun and gave exposure to so many blues enthusiasts. Again Penn and Freddie’s enthusiasm made the event a big success.

In the late 80’s a young hot guitarist, Danny Morris, blew us all away. After winning the contest, he and Penn became lifelong friends. Penn, who had an eye for talent because of his days running around with the Allman Brothers, always gave great support to young musicians and help launch Blues in the Schools to cultivate a love of the blues among young people.
Since his retirement, Penn enjoyed the serenity of nature at his Blue Ridge mountain place. I had the pleasure of seeing him at various blues festivals. Though I saw him way too infrequently his kindness, sharp memory and warm smile will be missed. RIP Penn