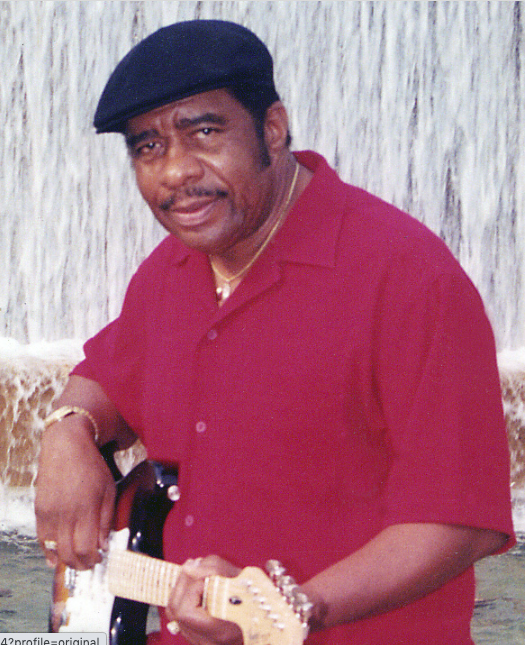 Before he became known as one of the Triad’s foremost exponents of the blues, Roy Roberts cut his teeth playing guitar behind such soul luminaries as Eddy Floyd, Dee Clark, Otis Redding and Solomon Burke, the latter of whom he credits with influencing his stage persona and performing style.

“I joined Solomon’s Band and he sure took good care of me. I was always, and remain, the kind of guy who plays what is wanted of me,” Roberts said in an interview with  Bluestown Music in 2020. “I don’t do none of that ‘…I only play what I want to play,’ stuff, like lots of the guys around these days. If they’re paying, they get to call the shots.”

It was the death of Redding in 1967, however, that inspired him to step up to the microphone and add “vocalist” to his CV. For several years he released singles that have become cult favorites among soul aficionados worldwide, including “Got to Have Your Love” and “Bee Hive Pt. 1“. A working musician first and foremost, Roberts had no problems with integrating new musical developments into his sound, with disco-flavored tracks such as “You and Me Together” in the late 1970s.

As the decade drew to a close, however, Roberts moved into country music, touring for a time with O.B. McClinton. It wasn’t until the early 90s that he returned to his roots in the blues.

“I became involved with the blues in 1993 and my first idols were Jimmy “Blue” Bland,” Roberts told Michael Limnios of the Blues Network.  “I grew up listening to those guys and hoped that I could be like them.” Since then Roberts has released over a dozen albums, and while his name might be associated with the blues, those early soul influences shine through on songs like “I Slipped,” the Carolina Beach Music Association “Song of the Year” in 2004.

“You just gotta move when you hear that music,” Roberts told Bluestown Music.